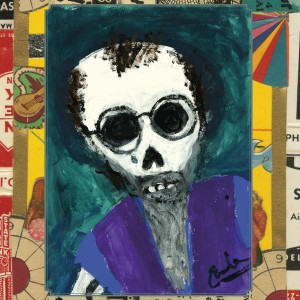 
Steve Earle & The Dukes released J.T. in the winter of 2021. J.T. is an 11-song recording that consists of 10 Justin Townes Earle songs and 1 Steve Earle original. The album was released to critical acclaim and Steve Earle's proceeds from the record are continually being directed to a trust for his granddaughter, Etta (Justin's daughter). In honor of Justin Townes Earle and the record his father recorded, New West is proud to present a split 7" featuring two versions of an indelible Justin' Townes Earle song. The double A-side single features "The Saint Of Lost Causes." as performed by Justin from his 2019 album of the same name as well as Steve Earle & The Dukes version from the J.T. release. This split 7" single will be pressed on yellow vinyl and limited to 3,500 copies worldwide.