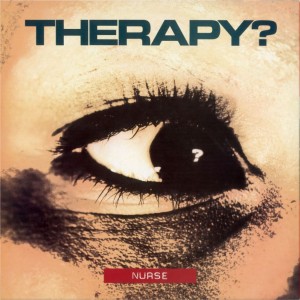 Therapy? are an alternative metal band from Northern Ireland. The band was formed in 1989 by guitarist-vocalist Andy Cairns from Ballyclare and drummer-vocalist Fyfe Ewing. Their line-up was completed when the band recruited Larne bassist Michael McKeegan.Nurse was the first record by Therapy? for A&M (their first of 4 for the label), it was released in 1992 and moved the band to a more industrial sound. The album reached no 38 in the UK album charts.The album had the breakthrough single Teethgrinderwhich got to no 30 in the UK charts. The newly cut vinyl version (by Greg Moore) comes in Red Vinyl.