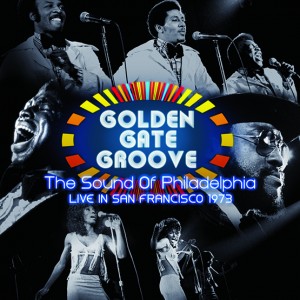 
On a x14 trk double LP Vinyl for the first time, Golden Gate Groove: The Sound Of Philadelphia Live 1973 captures the first and only time the stars of Philadelphia International Records (P.I.R.) including The OíJays, Harold Melvin & The Blue Notes, The Three Degrees, and Billy Paul performed in concert with the label's house band, MFSB (Mother, Father, Sister, Brother), showcasing what would become the Sound of Philadelphia -- affectionately known as T.S.O.P. The concert took place in San Francisco during the annual CBS Records convention at the Fairmont Hotel in September 1973.