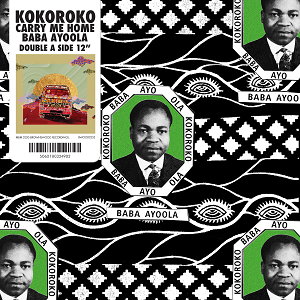 'Baba Ayoola' was written as a tribute to the grandfather of the band's alto saxophonist Cassie Kinoshi and is 'an invitation to celebrate life'. Whilst 'Carry Me Home' was inspired by conversations with the masterful Dele Sosimi, whose technical ability in bridging the gap between the West African afrobeat sound of his roots, and the London energy of his upbringing, has directly informed the ever-impressive capabilities demonstrated by London's eight-piece collective, Kokoroko. Lively, and capturing that colourful hustle n bustle of the capitol; it’s a great double A-side to propel this band forward. Looking forward to a Manchester appearance soon guys!