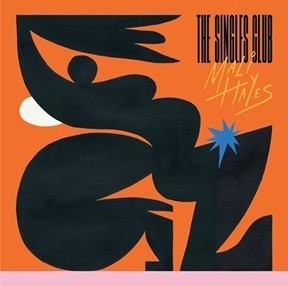 Band on the Wall Recordings is excited to present the first release from The Singles Club; a body of new work for 2021 that celebrates the artistic practice and far-reaching talents of one of its favourite artists and one of the hardest working musicians to grace the Band on the Wall stage.

“A really great new British female vocalist from Manchester… She's got a real un-flashy kind of approach which I really like. Kind of a milder Jill Scott / Erykah Badu, definitely one to watch. We'll be hearing a lot more from her I'm sure!” – Jamie Cullum, BBC Radio 2

"I was fortunate enough to play demo's on my shows here at the BBC by Amy Winehouse, Lily Allen, Erykah Badu and Jill Scott. All premiers. And this is another one I think I'm gonna be proud of in a few years. Remember the name, Mali Hayes” – Gilles Peterson

A rising star in a flourishing Manchester music scene, jazzy-nu-R&B type neo soul artist Mali Hayes steps in a new direction for The Singles Club. Calling on past sounds, she breathes new life into previous work, combining vibrant real-life stories with honesty and soul, resulting in a release that is refreshing, infectious and dynamic. The lead track ‘Forgive You’ is a collaboration with fellow Future Bubblers participants, Medikul & Cult Architect.

Millie says: Two stunning tracks from Mali Hayes fresh off the new Band on the Wall Recordings label, if this is a sample of what’s to come then we’re in for a treat. Soulful hazy-jazz which is good for the soul, mind and body.

A1. Forgive You
B1. Come Closer