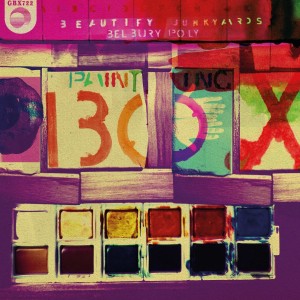 Both have a delightfully disorientating sound. The artists complement each other perfectly with their through-the looking-glass electronic psychedelia.

Beautify Junkyards:
A talented group of Lisbon based multi-instrumentalists headed up by João Branco Kyron on vocals and keyboards with Helena Espvall (formerly of Espers) on cello, flute and electric guitar, Martinez on vocals, João Moreira acoustic guitar and keyboards, Sergue Ra on bass and Antonio Watts on drums and percussion.

Belbury Poly:
Jim Jupp is co-manager of UK label Ghost Box Records. As Belbury poly he’s released EPs, singles and six albums on the label. He is also a member of The Belbury Circle along with Jon Brooks (of The Advisory Circle) and occasional collaborator, John Foxx. He’s remixed tracks for several artists including John Foxx and Bill Ryder-Jones (The Coral) and has co-written a song with Paul Weller for his 2020 album On Sunset.