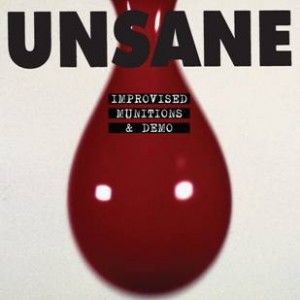 "Improvised Munitions" is the unreleased first Unsane album originally slated to be released in 1989 by Circuit Records. Following the band's approval of the test pressings, Circuit folded. A huge letdown at the time, Unsane managed to use a couple of tracks for singles and re-recorded some of the tracks to put on the first full length for Matador. Years went by when a rumour that someone actually had a copy of the test pressing. Unsane were able to copy and remaster it. 11 tracks featuring the 7 songs from original concept of "Improvised Munitions" and 4 songs from a cassette demo.

The HeadsEverybody Knows We Got Nowhere - Remastered BOX SET Edition