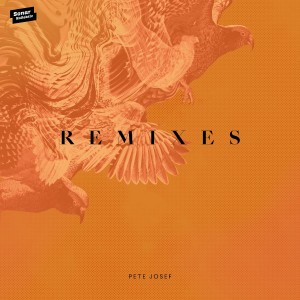 In October last year Pete Josef‘s second album «I Rise With The Birds» came out. Now Sonar Kollektiv has decided to release four remixes of three different songs off the fantastic album.

First of all there is the Jazzanova remix of «Giants», which almost completely gets rid of the vocals, but all the more absorbs the zeitgeist - a remix probably working perfectly for a group of battling breakdancers.

The program continues with a remix by Pete Josef himself. The Englishman strips down «This Sun» to its basic structure, then simply building a modern Salsa track out of it. Which brings us to the remix by Friend Within. The Liverpool producer and Pete Josef have been friends for many years, dating back to a 2013 collaboration («The Work») that made it onto Disclosure‘s Mixmag mix CD. «Mainframe» sounds super fresh after Friend Within‘s rework and seems like the party banger we‘ve been looking forward to for months!

But what Feiertag finally takes the liberty of doing with his remix of «Giants» is beyond imagination. Far away from the original Feiertag‘s interpretation moves in dark downtempo realms - dubby and spheric at the same time. In short: Each of the four remixes is a small masterpiece on its own.

Pete JosefI Rise With The Birds