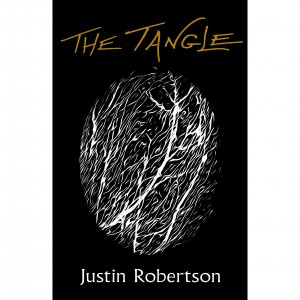 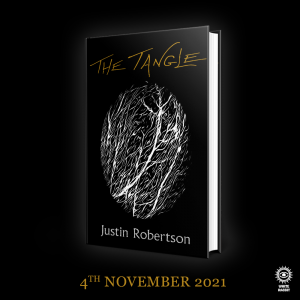 Justin Robertson's debut novel is a trans-dimensional trip into the mysterious knot of nature; a journey into the 'brilliant darkness' where the timeless divine spirit of the 'Tangle' weaves its spell and all mankind's hubris is rendered insignificant by the radically non-human force of phantom ecology. Salvation, revelation and a terrible reckoning dwell in the ancient roots ...

A time travelling account of what occurs when unknowable frontiers are breached and humanity finds itself, once again, lost in the woods, THE TANGLE invites us into a grotesque world of eco-horror, echoing with the spirit of writers such as Saki, Ballard, M R James, Ursula Le Guin, Brian Catling and Thomas Ligotti.

Author Biography
Justin Robertson is a renowned DJ, music producer, painter and broadcaster. For the past 30 years he has been a leading figure in the dance music world, falling in love with it whilst completing a degree in philosophy at The University of Manchester. He headlines clubs and festivals around the globe as a DJ and formerly with his band Lionrock. As well as his own musical productions, he is much in demand as remixer having worked with the likes of Bjork, New Order, Noel Gallagher & Erasure over the years. In the past decade, he has exhibited six acclaimed collections of his art around the UK and Europe, including producing a soundtrack and book to accompany them. He hosts two popular shows "The Temple of Wonders" and "The Rotating Institute" bi monthly on Soho Radio. He has written for Ransom Note, The Social and the Guardian on music, travel and philosophical matters, interviewing the likes of Rob Newman and Gary Lachman. THE TANGLE is his debut novel.