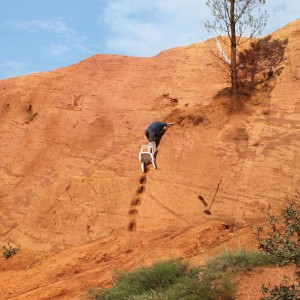 “Skydiving onto the library roof” represents a new development in caroline’s songwriting process. Built on what the band refer to as a “broken loop” with no fixed pulse or rhythm, the song represents the start of their ongoing explorations into non-gridded time signatures and improvisation. “We’ve always been interested in patterns and repetition and that definitely features in a big way, although rather than there being a minimalistic, mechanical precision to the repetition, each one is unique,” they explain of the track. “The essence of the song - the broken loop - came early in the process and everything else seemed to naturally evolve out of it, as if the other parts were already contained within the broken loop and just needed to be unpacked.”

A. Skydiving Onto The Library Roof

B. Everything For Everyone