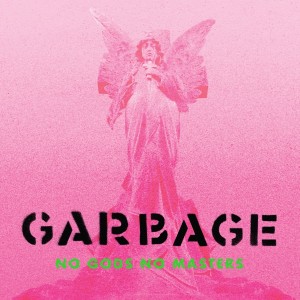 Garbage return with their seventh studio album ‘No Gods No Masters’, to be released 11th June 2021.

“This is our seventh record, the significant numerology of which affected the DNA of its content: the seven virtues, the seven sorrows, and the seven deadly sins,” says Garbage frontwoman Shirley Manson of the band’s ferocious new album No Gods No Masters and its twists and turns from capitalism and lust to loss and grief. “It was our way of trying to make sense of how fucking nuts the world is and the astounding chaos we find ourselves in. It’s the record we felt that we had to make at this time.”

Since releasing their eponymous debut album in 1995, Garbage has blazed a unique sonic trail, garnering critical acclaim and amassing a passel of hits as well as seven Grammy nominations along the way to 17 million albums sold.

No Gods No Masters is a big, bold and indignant record – overtly political and socially charged in a way that the band has not been before. Its songs touch on themes ranging from global unrest and encroaching climate change (“The Men Who Rule the World”) to the Black Lives Matter movement (“Waiting For God”), to the Me Too movement, sexism and misogyny.

Barry says: I've heard a few Garbage albums since 1998's 'Version 2.0', but none of them have really captured groove and intensity of that career-defining moment, until now. 'No Gods No Masters' sees Manson and co reinvigorate that quintessential late-90's sound into an entirely adjacent but wonderfully renewed take. With the electronic intensity of the early LP's punctuated by wonderful moments of pop levity, it's a superb listen all round.

SIDE B
1. Godhead
2. A Woman Destroyed
3. Flipping The Bird
4. No Gods No Masters
5. This City Will Kill You