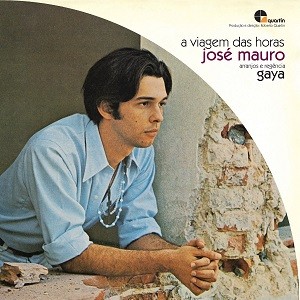 After years of trying to track him down (with many twists and turns along the way), Far Out Recordings finally brings us, with the blessing of the man himself, the long-awaited release of José Mauro’s forgotten masterpiece "A Viagem Das Horas", featuring three previously unreleased and unheard tracks from the original studio sessions. Recorded in 1970 at Odeon studios in Rio de Janeiro: the same time and place as all the music he ever recorded, José Mauro’s A Viagem Das Horas wasn’t released until six years later, when label owner and producer Roberto Quartin licensed the tracks to fellow Brazilian label Tapecar, who curiously released the album with several tracks already released on Obnoxius. Finally, over half a century on, A Viagem Das Horas will be released with three never before heard tracks, “Rua Dois”, “Moenda’’ and “Variação Sobre Um Antigo Tema”, as Mauro and Quartin had originally intended.