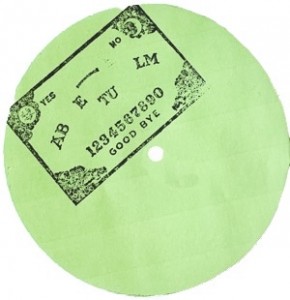 That illusive & cult collected Mutable series has beguiled and pleasured the most ardent oddball disco and leftfield funk lovers with a highly desired, low-turnover series full of dancefloor jubulence that now reaches its forth release. Whilst only a few know the true identity of the master craftsman behind the label, plenty have indulged in its pleasures on the dancefloor.

Side A of the new record contains two workouts that sound like you're catching Moodymann DJ'ing at either Plastic People or The Roadhouse circa 2004 - primo disco-house soul that simmers and broils with passion.

Side B begins with an electronic rock-disco cut which bucks to a wicked groove and unleashes a Zanzibal-esque b-line onto our receptive body particles. Continuing with a hefty slice of timpani-led disco-funk full of slashing Stratecasters and wild bass before concluding with an piece of exo-orbitting dub that contains a plethora of tropical instrumentation.

As always, nothing short of splendid. Limited copies and highly recommended from all.

Matt says: The mystery continues... Part four of the riddle. Sounds like Moodymann, plays like Andi Handley; is neither of the two but you DO know him! ;)

GuavaThe Dolphins Are Back In Venice