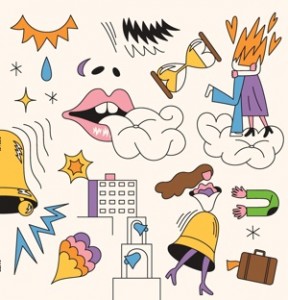 This time their focus is on the non-existing soul scene of 70's Hungary, which, however produced a handful of gems that could have been released anywhere in the world and had not disappointed any soul head of the era. Zsuzsa Cserhati was one of the many tragic figures of Hungarian pop history: a celebrated singer who could never use all her potential because of some shady characters of the monopolistic music industry obstructing her carrier. Her two cuts featured on this 10" are the most interesting ones she ever recorded. 'Puha Sohajok' is a sensual but tight soul tune, no other title could describe it better than 'Soft Sighs'. The producers of her second track on here, 'Ne Nezz a Napba' probably had a thing for 'Les Fleur' by Charles Stepney and Minnie Riperton but hey, who could blame them? 'Harangzugas' is the sole side Aniko Baliko ever recorded but what a song it is! Mellow mid-tempo soul with a slight disco feeling, unmistakably cool. Kati Bontovics has been a renowned singer in Hungary since the early 70's known mostly for her jazz tinged works, both on her own and with many different acts. 'Holnap Megallnak az Orakâ€™ is a groovy orchestral soul tune which we would be right to call a paraphrase of one of the most well-known standards of the genre. Originally all four songs were released on very limited domestic 7" singles only now all of them being obscure and sought after even in Hungary.
This is your chance to get them on a strictly limited (300 hand-numbered copies worldwide) 10" single including a one-page colour book insert so you can pimp up your copy individually.