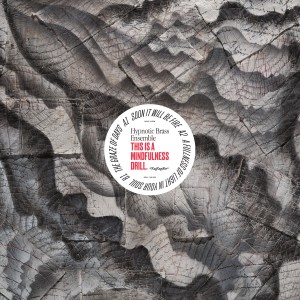 Somewhere along the way, I got the idea that Richard Youngs’s ‘Sapphie’ was all about a dead dog.

I don’t know if someone insinuated this idea in front of me or if I psychologically tethered the title to the tenderly printed dog paw on its cover. Either way, I’ve gone over a decade thinking this remarkable, windswept album of torch songs was about a dearly departed pet. And yet, as we approached a reissue of this Jagjaguwar classic and a new, reimagined version by artists Hypnotic Brass Ensemble, Moses Sumney, Sharon Van Etten, and Perfume Genius, Richard Youngs was straightforward and unsentimental about its meanings. “The lyrics are not about anything in particular,” Youngs wrote.

The paw prints on the cover are, in fact, that of a friend’s dog (“The first dog I ever loved,” Richard said.), but there is no devastating loss at its center. And so, I want to tell Richard how this album has become a centering album for a great many of us, a transcendent and meditative piece of art. “What does ‘the mindfulness drill’ have to do with it?” Richard asks dryly me in a note.

It’s about being relentlessly present, Richard. It’s how when we listen to your album, we feel like a lonely traveler in a foreign country. How everything has a newness to it and there’s no one to share it with but the you inside of you. And that fine, fine line is where ‘Sapphie’ lives, Richard. Thank you for this, Richard.

1. Soon It Will Be Fire (feat. Moses Sumney)
2. A Fullness Of Light In Your Soul (feat. Perfume Genius)
3. The Graze Of Days (feat. Sharon Van Etten)