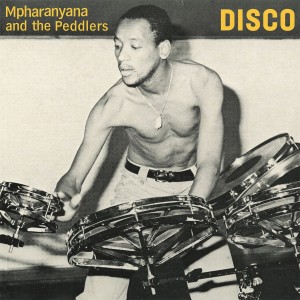 Kalita present the first ever official re-release of Mpharanyana & The Peddler’s 1979 South African disco and funk recordings ‘Disco’ and ‘Freak Out With Botsotso’, backed by a devastating extended edit of ‘Disco’ courtesy of Amsterdam-based DJ and producer Jamie 3:26.

Born on 15th November 1949 in Kattlehong, South Africa, Jacob ‘Mpharanyana’ Radebe was one of South Africa’s greatest ever musicians, releasing a canon of legendary soul, jazz and disco albums before his untimely death in August 1979 at the age of just twenty-nine.

Here, Kalita select his highly sought-after disco and funk recordings ‘Disco’ and ‘Freak Out With Botsotso’, both selected from his 1979 invisible final album, ‘Hela Ngwanana’, re-releasing them for the first time in forty years. Including Paul Simon and Herbie Hancock session musician Bakithi Kumalo on bass and Themba Mokena of Dick Khoza ‘Chapita’ fame on lead guitar, the recordings feature some of the country’s top contemporary musicians joining forces to glorious effect.

With the original album currently fetching eye-watering prices on the rare occasion that they turn up for sale, the time is now ripe to share this masterpiece with the world once more.

Cut on a loud 12” single and accompanied by an extended edit of ‘Disco’ courtesy of Jamie 3:26, this truly is another no-brainer from the Kalita camp.

BastedosWhat’s Your Secret? / Do You Blow?