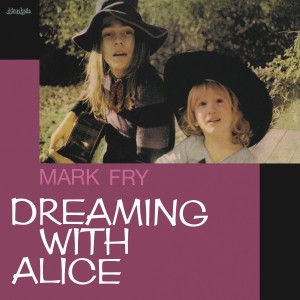 The definitive reissue of one of rock’s rarest and most sought-after albums, “acid-folk” – equal parts pastoral folk and contemplative psychedelic. The ¬first time since 1971 that this album has been pressed from the original master tapes, recently discovered in Italy. Lacquered directly from tape in an all-analog transfer by Bernie Grundman. Features extensive liner notes, photos and ephemera in an oversized book (LP only). Mark Fry was 19 recently graduated from high school and in Italy studying painting when he walked barefooted into RCA’s Italian subsidiary, played some songs he’d written on his guitar and was signed to record the album that would become legend.

The first recordings he made proved stuff, so he was paired with members of the Scottish band Middle of the Road, who were in Rome while under contract to RCA Italiana. Convening in a basement home studio with two 4-track reel-to-reel recorders, Mark’s visions coalesced in a dreamy, airy manner “Nick Drake meets Dr. Strangely Strange with a touch of Lewis Carroll” The Word Magazine would later write. Pressed in small amounts for Vincenzo Micocci’s RCA sub-label It, Alice remained an out of reach masterpiece for many but its creator, who returned to England in 1971 and subsequently traveled the world, playing music, sometimes recording and painting. By the time of its rediscovery, its master tapes were assumed lost. Their rediscovery allows this pristine transfer to reveal nuances not heard on anything but original It pressings. CD version pairs Alice with previously-unreleased recordings from the mid-70s