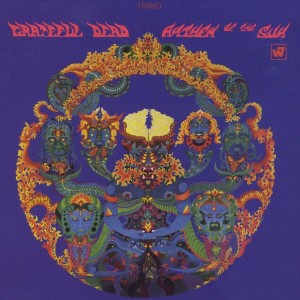 The band’s most experimental album, Anthem Of The Sun was an unprecedented mix of studio and live recordings stitched together to create a hybrid. More than fifty years later, it remains a pinnacle of psychedelic music. It also marked a departure for the band, as they began to channel their creativity into longer jams on songs like “Alligator” and “Caution (Do Not Stop On Tracks)” – two live staples of the Dead’s early days. During this period, the band included: Jerry Garcia, Bob Weir, Ron “Pigpen” McKernan, Phil Lesh, Mickey Hart, and Bill Kreutzmann. The LP features a remastered version of the 1971 mix, mastered by Grammy®-winning engineer David Glasser from the original analog master tapes.