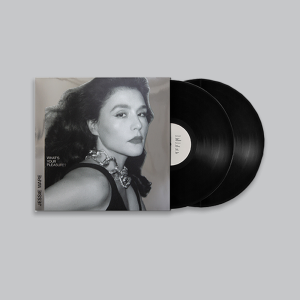 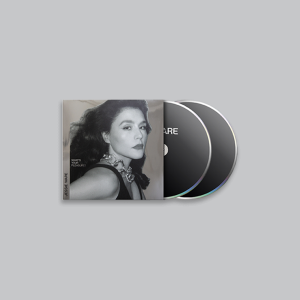 2021 has been an incredible year so far for Jessie Ware. ‘What’s Your Pleasure?’ re-entered the Top 10 following a brilliant Graham Norton performance of ‘Remember Where You Are’ which has proved itself to be one of Jessie’s most connective singles to date. In addition, Jessie has two BRITs nominations, one for Female Solo artist and one for Album Of The Year – the category with a historic four women up for the award. On 28th April Jessie returns with a brand new single ‘Please’ taken from the upcoming deluxe release of ‘What’s Your Pleasure?’ officially titled as ‘What’s Your Pleasure? The Platinum Pleasure Edition’. Released on 11th June, the album features 6 brand new songs and more.

Her newest track, ‘Please’ sees Jessie continue the energy of ‘What’s Your Pleasure’ in the form of a throwback to 70s and 80s dance music, and pulls it together in a wonderfully anachronistic style, all packaged with Ware’s outstanding vocals. The track fits perfectly into ‘What’s Your Pleasure - The Platinum Pleasure Edition’, Ware’s deluxe offering of her sensational 2020 record. This edition still bears the cohesive, complementary songwriting, the killer grooves and flawless production of the original version. The Platinum Pleasure Edition only serves to heighten the rich and powerful soul of last year’s release with tracks like Please, 0208 featuring synthpop visionary Kindness, the Endless Remix of ‘Adore You’ and a whole host more.

Talking about the upcoming deluxe and new single Jessie said: ”I had such an amazing response to the ‘What’s Your Pleasure?’ record that I didn’t want the lights to go up and the party to be over just yet! ‘Please’ is full of optimism and ready to be played in a place where we can all be together and flirt, dance, touch and kiss. A wonderful excuse not to stop the party from ending.”

It’s safe to say that the last twelve months have been pretty stellar for Jessie Ware. June 2020 saw Jessie release ‘What’s Your Pleasure?’ and gain not only her fourth UK Top 10 album of her career, but also her highest charting record when it entered straight into the UK Official Album Charts at No.3. As if this wasn’t amazing enough, she went on to release her first cookbook and continued her immensely popular podcast Table Manners and recently hit a massive milestone of 21 million individual listens, oftentimes featuring household names such as Dua Lipa, Kylie Minogue, Yungblud, Robbie Williams, Alanis Morissette., Dawn French and Dolly Parton to name a few.

Last year saw the album continue to receive widespread critical acclaim, with ‘What’s Your Pleasure?’ featuring heavily amongst ‘album of the year’ lists including for music critic Anthony Fantano, also known as The Needle Drop, who gave What’s Your Pleasure?’ the coveted no. 1 spot on his ‘Best Albums of 2020’ list, declaring it to be “a religious experience”. The record garnered praise from The Guardian who say it’s“Ware’s finest record yet"; Rolling Stone laude it as a “fantastic dance-pop record”; Pitchfork say “Jessie reminds us why we listen to dance music in the first place.”, GQ proclaim it as “the perfect album” and NME stated it was“pure escapism.”