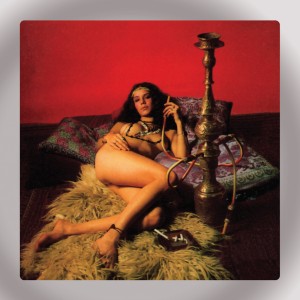 Rooster has decided to get the album back in print on vinyl.. but changing the artwork. With some silver foiling and bordering, the single sleeve has been boosted to a sweet gatefold, Rooster also got the Radio 1 sessions from the time remastered, and re-cut along with the huge b-side to their Television 7” “Jellystoned Park”.

From the original reissue sales notes:
“The Heads had self-released a couple of 7"', and then Cargo Uk's inhouse label Headhunter UK got to release a further 7", and then the Debut album in 1996. Amidst a world suffocating in Britpop smarm, the Heads cut a timely swathe with their unkempt rock psychedelique. The album contained 10 tracks of guitar driven, amp destroying rock, with cues taken straight from the US underground, Stooges, MC5, Mudhoney, Pussy Galore, early Monster Magnet too but with a disitinctly British stamp, some of the drone and fuzz from Loop / Spacemen 3, some of the attitude of the Fall, Pink Fairies and Walking Seeds and overlaid with the spaced rock of early Hawkwind. It was obvious that the four members of the Heads were music obsessives. The debut album was recorded at Foel studios (owned by Dave Anderson from Hawkwind) and engineered by Corin Dingley, it was mastered by John Dent at LOUD.”