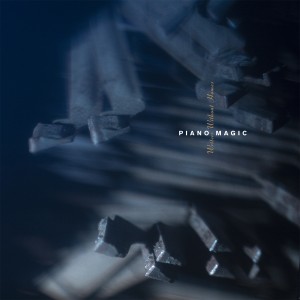 Originally released on CD only by 4AD Records in 2002, Second Language Music present this first vinyl issue of 'Writers Without Homes.' The 6th album by the Anglo-French band, Piano Magic, is notable not only for featuring the first recording in 30 years by long-lost "freak folk" doyenne, Vashti Bunyan but also an early appearance by John Grant who, of course, went on to much bigger things. There are further guest appearances by the German electronic duo, Tarwater, Robert Johnston from arch-rock band, Life Without Buildings, Charlotte Marionneau of Le Volume Courbe, Paul Anderson of Tram and Suzy Mangion. The late Spanish film director, Bigas Luna (for whom the band provided the soundtrack to his 'Son De Mar' movie) introduces the track, 'Already Ghosts.'