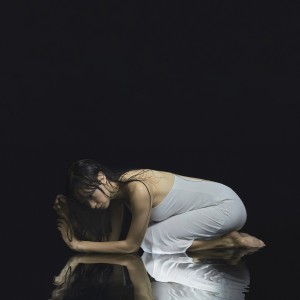 Lucinda Chua is a singer, songwriter, composer, producer and multi-instrumentalist based in South London. Primarily using her voice, a cello, and an array of effects units, Chua writes ambient pop songs that are intimate, atmospheric, and totally enchanting.

Whilst studying photography at university in Nottingham, Chua took an elective course in music production and the resulting experimental tracks she created and uploaded online caught the attention of US label kranky. Before long she was touring with Stars of the Lid as a cellist and string arranger and went on to release two albums with her first band Felix – all while barely into her 20s. After Felix broke up, Chua spent a few years in London exploring the city’s creative scene and began experimenting with the cello. Those explorations became her 2019 debut EP Antidotes 1 which flitted between hushed songwriting and expansive textural soundscapes and was released shortly before she joined FKA twigs’ live band for her Magdalene tour. Earning praise from Pitchfork, The Guardian, Dazed and gal-dem, Antidotes 1 led to Chua participating in NTS Radio’s Work In Progress scheme as well as performing one-person shows across the UK and Europe including Red Bull Music Festival London, MUTEK Barcelona, Tate Modern and Somerset House.

A sister release to Antidotes 1, Antidotes 2 expands Chua’s unique sonic vocabulary, with subliminal textures that bleed into each other before fading away. If Antidotes 1 was Chua building the landscape and scenery for her music, then Antidotes 2 is her living within it. Some of the songs were written during the same period whilst others, like EP opener ‘Until I Fall’, are brand new.

The vinyl edition of Antidotes will include both EPs.

Barry says: Having played with ambient luminaries Stars Of The Lid as a cellist, it's no surprise that Chua's work is very much in the slow-moving ambient vein, but on 'Antidotes' we see her wonderful ear for production and singularly unique ambient talent come shining through. It's beguiling and emotive avant-classical with subtle elements of slow-moving synth, and a is a sound all of her own.