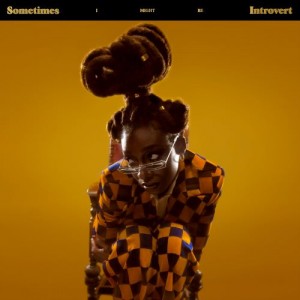 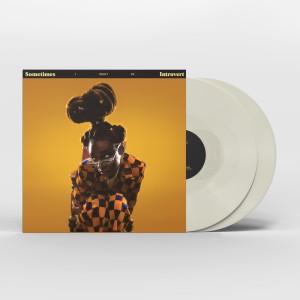 Since bursting onto the scene as a 20 year old in 2014, Little Simz has been on a steady ascent. Now 27, Simz levels up like never before to deliver an undeniable modern classic "Sometimes I Might Be Introvert".

A bold, quantum leap forward from the critically beloved “Grey Area”, this is hardly music aiming simply for the pop charts; rather, it is turbo charged with the kind of fury and potency, confusion and anxiety that make up the modern experience of being Black, British and female at this particular point in time. This is no mere philosophical exercise, however - the result is her most ambitious and soaring body of work to date, one which operates at the very heights of what rap can be.

From the very first snare roll of expansive, orchestral opener "Introvert" we can tell things are hitting different, if only in the scale and scope of the arrangements sat behind her conscious and confessional lyrics. Man of the moment Inflo takes the controls for the whole LP, and here he and Simz serve a serious statement of intent right up top. With The Crown's Emma Corrin (aka Lady Di) dropping by to add some plummy spoken word over the outro, you get the impression Simz is working to reframe the grandeur of British history from a Black perspective - much like the Black excellence we've seen from Beyonce and Jay Z in recent years.

The equally excellent "Woman" featuring frequent Inflo collaborator Cleo Sol, celebrates all shades of black feminity over a sumptuous soul jazz groove and from there we're away.  The ensuing tracks, produced by Inflo in LA and London, run into each other seamlessly to create a kind of rangy, nimble storytelling which conjures up the febrile, strident world we live in with an unflinching energy and vividness. These songs are flash-lit Polaroids, ready framed and developing before our very eyes, and their creator is nowhere and everywhere, documenting a new natural history in which moments of tenderness (“Miss Understood”) coexist with shocking violence (“Little Q Pt 2”), and unabashed celebrations of femininity (“Woman”) sit alongside deeply personal glimpses of introspection (“I See You”).

Of the many voices in music today, Simz’ is among the most commanding, writing at a pitch of intensity and urgency that few can match. However, “Sometimes I Might Be Introvert” is no diatribe. Instead, it is an intensely alive hybrid, a work of radical honesty that uses personal history as a means of magnifying and challenging the paradoxes we find ourselves in, both social and personal, macro and micro. Like some of the legendary musicians that came before her, Simz is looking at the chaos and disorder in the world right now with resourceful, refined eyes, and she sees the glorious opportunity and enormous responsibility that affords. This is the end result; listen on in wonder.

Barry says: Little Simz returns for the much anticipated follow-up to the superb 2019 LP 'Grey Area', this time clearly showing the meteoric trajectory of her songwriting and lyricism. There's vital, fiery rap and deep instrumentation that quickly switch into rich soulful R&B, flawlessly and seamlessly. An undeniable force in the future of hip-hop.