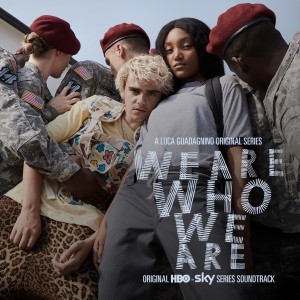 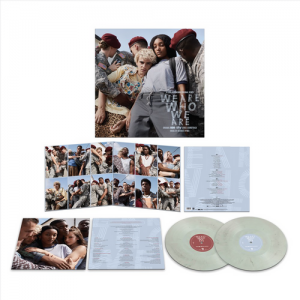 Released on the 'Milan Rercords' label - We Are Who We Are (Original Series Soundtrack) Is an album of music from HBO’s new coming-of-age drama series from Luca Guadagnino. The album includes music carefully curated by Guadagnino and Emmy Award-winning music supervisor Robin Urdang and features the likes of Prince, Radiohead, David Bowie and more.

Also included on the album is a cover of Sade’s “Soldier of Love” performed by actress Francesca Scorsese, as well as three live performance tracks from Blood Orange newly recorded by Devonté Hynes for the show. In addition to the three Blood Orange performance tracks, producer, multi-instrumentalist, composer, songwriter and vocalist Devonté Hynes supplements the soundtrack with his newly composed score which has been released digitally. Academy Award-nominated Luca Guadagnino brings his unique cinematic style to television for the first time with the eight-episode series We Are Who We Are.

A story about two American kids who live on a U.S. military base in Italy, the series explores friendship, first-love, identity, and immerses the audience in all the messy exhilaration and anguish of being a teenager – a story which could happen anywhere in the world, but in this case, happens in this little slice of America in Italy. The cast includes familiar faces like Chloë Sevigny (Big Love), Kid Cudi (Westworld and How to Make It in America), Jack Dylan Grazer (It), Alice Braga (Queen of the South), Spence Moore II (All American), as well as newcomers Jordan Kristine Seamón, Faith Alabi, Francesca Scorsese, Ben Taylor, Corey Knight, Tom Mercier and Sebastiano Pigazzi.