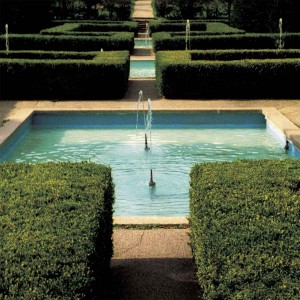 Composed of friends Evan Lewis, on lead guitar, and Tom Mcgreevy, on vocals and rhythm guitar, the band built a reputation in their hometown for their bright, sinewy, guitar sound while sharing bills with artists like Rolling Blackouts Coastal Fever, Weyes Blood, The Goon Sax and Juan Wauters. They have earned accolades from Pitchfork who praised the band’s “lilting, throwback jangle pop,” and acclaim from outlets like NPR, Paste, NME, Apple Music 1, and more.

The opening track, “Get Bleak” sets a thematic tone for the EP, one of cultural self-awareness and satiric critiques of society’s pressures and the often ridiculous demands – and prices we pay – to exist. Chiming with breezy indie guitar sounds akin to those of Flying Nun and Sarah Records acts, the track, that features a contribution from Laura Hermiston of Twist, pokes fun at the idea that moving from city to city will fix the problems in your life. Following suit is “Gleaming Spires”, a track that zeroes in on the cities we live in and the push-pull relationships that we so often share with them. “Anhedonia”, via it’s tightly-wound rhythm and nostalgia-inked guitars, shifts focus to the times when one is unable to wring any joy out of the things that they find important in life.

Bringing the band’s characteristic restless bounce, thoughtful lyricism and penchant for orchestration, the tracks explore topics like troubled friendships (“It’s Easy”), self-destructive desires (“Oblivion”), and living with decline (“As Big As All Outside”) while maintaining the balance of earnest self-reflection and humor that endeared audiences to the original release.

Full of the unbridled radiance of jangle-pop, the debut EP from Ducks Ltd.’s Get Bleak celebrates their strengths while expanding their thematic and compositional horizons, and providing an intriguing glimpse of what’s to come.

The Reds, Pinks And PurplesYou Might Be Happy Someday