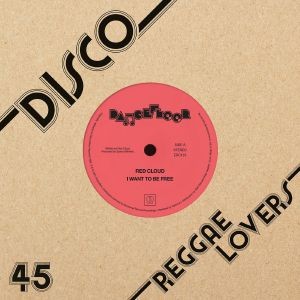 Emotional Rescue and HMV Record Shop (Japan) present Red Cloud and their roots disco rarity I Want To Be Free, with it's even scarcer dub version Freedom, together on 7" for the first time as part of the DISCO REGGAE LOVERS series.

I Want To Free / Freedom only appeared on the B-side of their super rare debut 12". While the A side's Double Talk was 'inna Lovers Disco style', here they keep the groove but explore the righteous stance of Pan African-Caribbean culture of the time, with a call for equality and fairness.

Centred around the writing of Keith Drummond and drummer / producer Specs Bifirimbi, plus support from founder Floyd Lloyd Seivright, it is in the dub version, Freedom, that the interplay of keys and drum and bass shine, a rock-reggae-disco bomb.