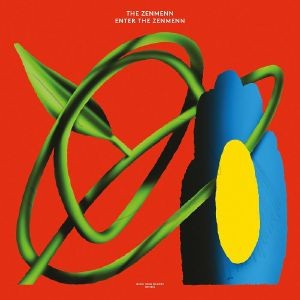 Returning with another debut album for 2021, Music From Memory introduce a new band, The Zenmenn, with their first ever release ‘Enter The Zenmenn’. Whilst little about the band is made known, their work is described by writer Winton Rousseauas an “experiment in harmonic convergence emerging from a deep respect for cosmic symmetry and a resistance to the prevailing Zeitgeist.”

‘Enter The Zenmenn’ sounds as old as it sounds new, as organic as it is electric, as harmonic as it is rhythmic, and the album’s fusion of different palettes, colours, tempos, instruments and sources offer a harmonious balance and unity that already feels like the perfect soundtrack to a better world. In a time of what they see as spiritual neglect, it offers a “human kind of stillness” through the “dualistic fusions of complexity and simplicity, mystery and clarity and East and West”.

Patrick says: As far as cryptic salesnotes go, this is up there. I don't have the musicological / anthropological knowledge to decipher the words of Winton Rousseauas (is that even a real person?) but can tell you that it's a gorgeous combination of Japanese flavours, indie jangle and jazzy moments which sounds simultaneously like Arthur Russell, Fieldwork era Sakamoto and our own Horsebeach. Music to swoon to!

A1. The Magic Eye
A2. Homage To A Friendship (feat John Moods)
A3. Flags Of The World
A4. Bamboo Garden
B1. Stairway To Heaven
B2. Salad Bar
B3. Topaz (The Days Of Our Lives)