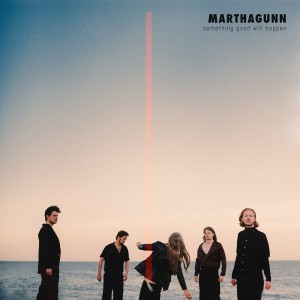 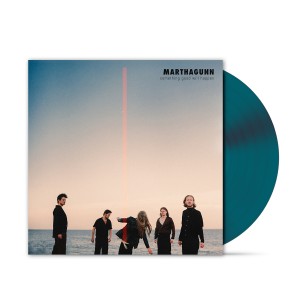 ‘Something Good Will Happen’ marks another defiant chapter for MarthaGunn, who consistently prove they are worth their weight in gold through honest and conscientious song-writing, partnered with pristine pop melodies that have caught the attention of tastemakers CLASH, Independent, Dork, The Line of Best Fit, BBC Introducing Track of The Week and John Kennedy (Radio X). This is the sound of a band ever evolving their euphoric sound, where nuanced production and kaleidoscopic samples lift them into the stratosphere.

If there’s one goal MarthaGunn want to achieve with their music, it’s connection. Whether it’s Abi giving a voice to her contemporaries via her Songwriters Circle on Instagram live, where she invites her favourite songwriters for a Q&A about their process, guests including Another Sky, Katy J Pearson, Willie J Healey, Flyte and Buzzard Buzzard Buzzard, or setting up a virtual tour in light of having shows cancelled and playing a special live set including a locally sourced cover - her and her band want to remind people that they’re not alone and that, at end of the day, we’re all human and we all have that in common.

“I want to connect with people. The beautiful thing about songs is that you don’t have to know someone, but you can connect with them through the same song without saying anything. I want this album to be able to help people in some way, and give people courage to leave a situation they know isn’t right for them, or for the other person. To go after the person they love and to know no matter how bad things may seem, it’s just a chapter. Things always get better.”