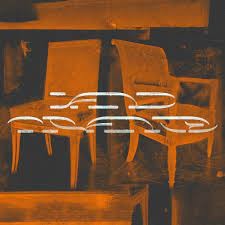 First Seance’ is the debut album by Land Trance, a new collaboration between Liverpool-based experimental musicians Andrew P.M Hunt and Benjamin D. Duvall, originally released via Forest Swords’ Dense Truth label in May 2020. Sharing rehearsal rooms, houses and band-mates for over a decade across Merseyside, the duo developed their respective practices in tandem with each other – Duvall delving into percussive ensemble composition as the founder of the acclaimed Ex-Easter Island Head, Hunt exploring the possibilities of songwriting, synthesis and texture as Dialect (with a release for RVNG - Under~Between - due March 2021) and leader of art rock band Outfit. Working together as Land Trance, they utilise spontaneous electroacoustic improvisation and studio-as-instrument post production to explore the inner and outer reaches of each other’s musical vocabularies.

Recorded in spaces including a bedroom overlooking Concert Square, the thumping epicentre of Liverpool nightlife, and pieced together in the home studio they share in a converted embassy, tracks here oscillate between vocal-led ecclesiastical yearning (Transcript, Chilean Miners) and ecstatic assemblages of sound (Beach Mystery, A Raft), always suggesting a palpable sense of geography with an allusive sense of place. Using zither, drum machine, music box, dictaphone, synthesiser and melodica amongst other sonic sources, through the course of the album threads of potential narrative and association circle like the rods of a mobile. ‘First Seance’ elevates deceptively simple materials and means with vivid imagination and bold compositional strategies, transcending the intimate scale of bedroom recording and DIY sound creation. It presents a wholly original set of musical environments, and a compelling document of intuition, friendship and artistic curiosity.