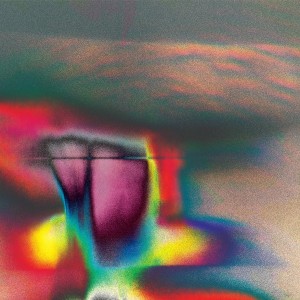 The same crew as the boundary pulsing improvisation record Bent Arcana has made a trajectory shift and picked up Ben Boye along the path. The aptly-named Moon-Drenched is the second instalment from these sessions and keeps a heavy-lidded late night perspective on things as it eases from the somewhat familiar liminal twilight of skittering hues of black-blue and snaking street groove, to fizzing off into the ether in pursuit of lunar prism beams heretofore unseen. The more rhythmically dialed bits here have a lysergic halo of strangeness to them, and the wispy bits between are spun of iridescent gossamer. It sounds like a frizzled message from a future just filthy with guitar hoots echoing off of neon-splattered high rises, oil-slicked waterways and skittering digital beasts. For Castle Face’s money this is the strangest slice of this last bunch of John Dwyer and his crew’s improvisations.

Barry says: It's quite the lineup of musicians here, and true to the calibre on show, the tunes themselves are some of the most mind-meltingly psychedelic grooves committed to vinyl. Think JOMF but with a load of coffee instead of acres of weed and you might be somewhere near. Jazzy, loungy, psychedelic and groove-laden, classic Dwyer but with a host of wonderful guests.