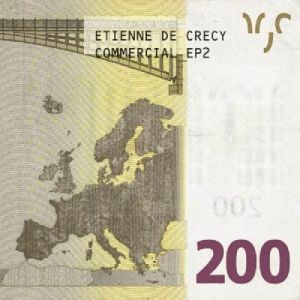 The Bloody Beetroots get in on some remix action too, blasting apart "Funk" into a disjointed, cut-n-splice that's even more heavily gated and compressed than its mother stems.

Originally released in between 2006 - 2007, the "Commercial" series has been resurected during these hard times in order to give the modern day clubber, forced into lockdown, some pleasing sounds for the ears.