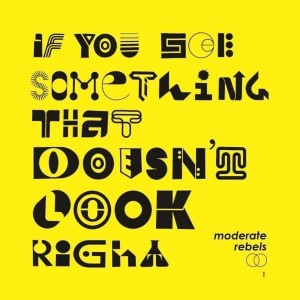 1. Information Research Department
2. Higher Than The Hierarchy
3. Perfect Grey Day
4. Amo Amas Amat
5. The Penultimate Truth
6. Hug Me 'Til You Drug Me
7. These Are The Good Times
8. Forever Tomorrow Today
9. Vesica Piscis
10. Odds Be Never

Moderate RebelsIf You See Something That Doesn’t Look Right - Parts I, II & III