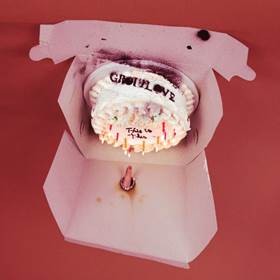 Grouplove announce surprise release of their fifth studio album, This Is This, featuring lead single “Deadline” - celebrated with a live performance of the single on CBS’ The Late Late Show with James Corden. “We hope this album gives people the permission to fucking scream or headbang or punch walls,” says Grouplove. “It's important to stay emotional.

The whole rainbow is important. If we just live in the light blues, are we really alive? I'm not. I need to feel it all.” Following their GRAMMY-nominated album Healer, This Is This was produced by Grouplove and collaborator Ricardo Acasuso – with additional songs produced by Dave Sitek (Yeah Yeah Yeahs) and Malay (Frank Ocean). The album was written and recorded during the global pandemic, fueled by all the upheaval and hardship of the past year. Recording this album proved both cathartic and powerfully creative for Grouplove, the sound of five friends finally letting go of all the anxiety, sadness, and frustration they’ve all had to endure. Grouplove is: Hannah Hooper, Christian Zucconi, Andrew Wessen, Daniel Gleason, and Benjamin Homola.