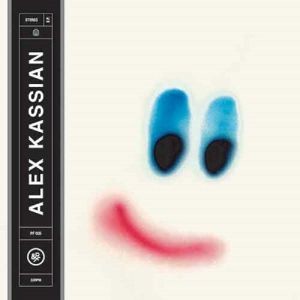 Over the past few years, Kassian has made a name for himself in Berlin and beyond as a solo act, as well as with his project Opal Sunn, via a clutch of well received, dancefloor-focused 12s. But on their first release of 2021, Kassian swaps the techy pulse of the German capital for a sound that’s altogether more melodic and atmospheric.

Side A kicks off with 'Leave Your Life (Lonely Hearts Mix)' which began as a way for the producer to realize some of his early—and so far unrequited—dreams of playing in a rock band. Next up he delivers 'Leave Your Life (Dance Mix)', which ups the energy and echoes some of the production that made the musician’s 'Oolong Trance' (Love on the Rocks) one of 2020’s best club tunes.
On the flip, the gorgeous 'Spirit of Eden' unfurls like a lost Lyle Mays classic, but with a mesmerizing loop that keeps the song’s feet placed firmly on the dancefloor. Concluding the EP is a bass-heavy remix from none other than U.S. dub legend Bill Laswell. 'Eden’s' melodic focus is underpinned by a propulsive groove and filtered through Laswell's trademark sonic dynamics.
The EP, comes packaged in a full-color jacket from Parisian artist Alexis Jamet with OBI strip.

Patrick says: When Ruffy hits you up weeks in advance of a release date, you know the record's gonna be hot, and this is a scorcher. The A1 is a wonderful bit of wavey 80s style pop, totally giving me Talk Talk energy, then on the flip you get another goody reshaped with maximum bassweight by personal hero Bill Laswell.