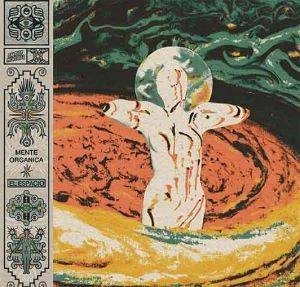 Born in Bogotá, Colombia – producer & multi-instrumentalist Mente Organica has slowly been making a name for himself within the folktronica/Latin scene. Following multiple album and EP releases over the past few years, El Espacio marks his first release on wax and the music stands out from anything he has done before. These 8 tracks surprise & reward the listener as individual harmonies at first, and finally, as a whole and immersive symphony.

From 'Pablo Bebe’, a track he wrote which is inspired & dedicated to his best friend – to ‘Close the Door’, written in the depths of quarantine, reflecting isolation, loneliness & introspection, & ‘Yoga’ - a song written with his father that can be easily heard filling the dancefloor as well as easy bedroom sessions, this album truly does feel like his most personal work yet.

Finally, rounding the album off with melodies of hope, delight and positivity, ‘Partida’ reminds us that there is always light at the end of the tunnel.