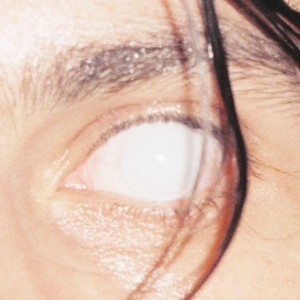 “In some respects, Trust is a simultaneous documentation of progression and regression. A homecoming of sorts, influenced by the interim where we developed our skills as producers and our skills as artists. Armlock, as a vehicle, seems like returning full circle to where we started.”

Trust, out June 2, 2021, is the debut release of Australian duo, Armlock. It’s a nuanced record that explores trials felt in personal growth, from resentment to submission to complacency. A quiet, thrashing gem of songcraft, the record makes as much use of the intimate, empty space as it does of its layered, heavy instrumentals. Each one of these songs conjures a summer storm of internal conflict, with the angst and uncertainty that comes with realizing that you’re finished growing, and rather than feeling a sense of ease you’re left restless and discontented.


Multi-instrumentalists Simon Lam and Hamish Mitchell met studying jazz together at Monash University in Melbourne. While rehearsing standards for a small ensemble in 2010, the two discovered their mutual hatred of the genre, opting to explore experimental, song-based electronic music. Alongside Solitaire Recordings owner, Dan Rutman, they went on to form the group I’lls, releasing four records in five years, and, later, the two went on to form Couture. Simultaneously, Lam (along with his cousin Chloe Kaul) found success with the synthpop group Kllo, amassing over 100 million streams on Spotify and critical acclaim from Pitchfork, The Guardian, GQ, NME, NYLON, and Stereogum. Lam’s solo project Nearly Oratorio (also on Solitaire Recordings) has achieved acclaim in its own right, as has Mitchell’s work as a producer and designer for artists like Jack Grace.

With their first release as Armlock, the duo maintains the depths of I’lls’ electronic soundscapes but brings the warmth of analogue instruments with Lam’s clear, disillusioned singing up front. He sounds both heartfelt and dejected in equal measure, with a dispassionate coolness that synergizes with the vulnerability of his lyrics. Live, the duo are backed by a reel-to-reel tape, with Mitchell on guitar and Lam singing, bridging their electronic past and indie present.

Trust began as voice memos passed back and forth between the two, with early demos being recorded when the pair lived together in Yarraville, Melbourne in 2019. It took a minute for them to find their songwriting stride after so much time spent composing electronic music, but the record came together while recording in Lam’s home studio in 2020. The band handled every aspect of Trust themselves, including production, recording, mixing, and mastering.