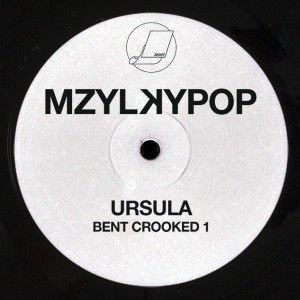 Mzylkypop ( Miz-ilky-pop) is the music of Michael Somerset who leads an ensemble of multinational musicians based in Sheffield.

Ursula in Regression is the first single from the 2nd Myzlkypop LP "Threnodies and Ad Hocs" and features the golden vocals of Julia Calvo. In its original form it is an energetic, jaunty pop masterpiece but was taken down a darker & clubbier route by Crooked Man.

As the song writing element of The Crooked Man project Michael cashed in his free remix voucher with DJ Parrot who delivers three exceptional club mixes. Bent Crooked 1 inspired Luke Unabomber to get evangelical - calling it one of the best tracks he’s heard in the last 20 years.

Michael has a rich musical history beginning his career with industrial funksters Clock DVA before up sticking to Detroit to work with Don Was and his mutant disco orchestra Was (Not Was). He has written world-wide hits for Alison Moyet, Take That and Roisin Murphy.