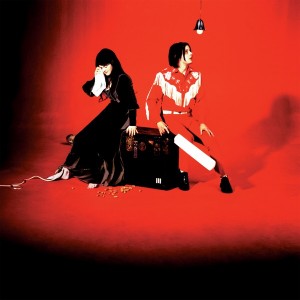 Recorded in ten days flat, in England's own Toe Rag studio (8-track, valve amps, nothing new in fact since 1963!) the White Stripes' fourth album is everything you ever wanted it to be. Same formula, but with a warmer, fuller tone, but... we're in it for the songs, aren't we? Well, NME nailed it when they said this album's like a White Stripes' Greatest Hits, every song's a potential single - it really is that strong. Who'd have thought they could actually go one better?! It feels stupid to write about stuff this pure, real, honest and passionate; I know you'll just buy it, play it, and allow yourselves to be taken over! Analysis ain't necessary, it's rock'n'roll distilled and it's happening right now. We're very lucky girls and boys!