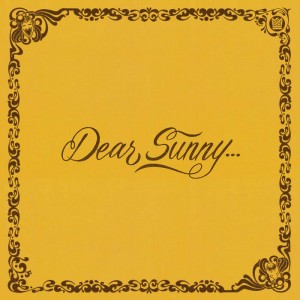 Big Crown Records is proud to present Dear Sunny... a compilation of Sunny & The Sunliners covers by Big Crown artists. Since the first time we heard "Should I Take You Home" by Sunny & The Sunliners, we have been avid fans. That record, which we were introduced to on MF Classy Chris' now legendary mixtape, The Time Is Right, set a lot of things in motion. It started of course with tracking down copies and collecting all of Sunny's records for our personal collections.

That quickly turned into the desire to reissue some of his vast catalog on our label for the rest of the world to hear. We got in touch with Sunny and his son David and brought the idea to them. After getting to know each other well enough Dave said, "You have been calling us non-stop for more than three years, you MUST mean what you are saying" and with that, we signed a deal to do a reissue project on Big Crown. We then flew out to San Antonio again, this time with a scanner and a videographer. We sat down with Sunny to interview him, went through his vast collection of photos, and talked about his life and career. Sunny was even kind enough to let us film him performing acoustic versions of a few songs.

We used all of that material for our 2017 compilation, Mr Brown Eyed Soul. That release is our highlight reel of Sunny's Soul tunes. We also made his rarest records readily available to collectors at a price that wouldn't empty their pockets. The concept for Dear Sunn came to us right after we signed the deal. We wanted our artists to cover his music as a tribute to him. Three years later we released the digital album on Sept 4th to coincide with Sunny's 77th birthday. The response has been nothing but love and now we are ready to press this up on vinyl with the addition of Liam Bailey's scorching cover of "Give Me Time". Everyone here stepped up to fill very big shoes doing these covers. Bobby Oroza teamed up with Cold Diamond & Mink and made a smashing version of "Should I Take You Home". The Shacks took on the anthemic "Smile Now, Cry Later" while Holy Hive covers "If I Could See You Now" building off the uptempo dance floor energy of the original. Paul & The Tall Trees bring a crooning vibe to "Rain Makes Me Blue" and Brainstory turned "Runaway" into a haunting ballad reminiscent of early Lee Hazelwood productions.

Some of these turn out to be covers of covers. Bacao Rhythm & Steel Band takes on the funk collector's holy grail from Sunny, his cover of War's "Get Down" while 79.5 take Sunny's version of "My Dream" and change the vibe from a floating love song to theme music for the brokenhearted. Mr. Lee Fields does "The One Who's Hurting Is You" and the latest addition to the Big Crown Roster, Lizette and Quevin, do a rendition of the song that brought Sunny to Dick Clark's American Bandstand in 1963 and catapulted him to fame; his cover of Little Willie John's "Talk To Me". So as the letter begins, "Dear Sunny.." we hope that you enjoy this homage Sir. Thank you for all the music you have given all of us, it has been a pleasure to work with you and to get a chance to know you and your family. We hope everyone enjoys this homage to the living legend, San Antonio's finest, Mr. Brown Eyed Soul, Sunny Ozuna as much as we do