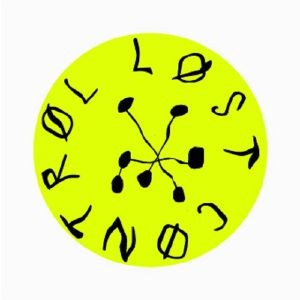 This is the first release from Lost Control - a party ran by Black Eyes here in Manchester. Often frequenting The White Hotel, as well as regular appearances in Europe, it's another fine example of our city's burgeoning underground electronix scene and a welcome addition to our techno and electro section.

Dallas producer Cygnus helps the label get off the mark here; granted a strange choice to inaugurate the label, but logical for anyone who was at his now-legendary club appearance for Lost Control.

"Come On Let's Get It" is a frenetic electro / techno number, incorporating twangy leads, snappy beats and swirling chords for a harmonious dive into mainframe rhythms. A tribute to "Manchester" is included: a dark, robotic deep electro number which is certain to raise the night mutants.

"Robotech" fires pneumatic pistols across a wobbly b-line in a very Frak-esque fashion; including a snap-back deadpan vox for added electro-punk umph!

"Soi Boi" concludes with a bout of narco-fuelled computerize mania. Blood thirsty for the translucent yellow wax (inspired by the xenomorphs from the Alien movies apparently!) and a beautifully hollographic way to frazzle the synapses before getting to bed at dinnertime...