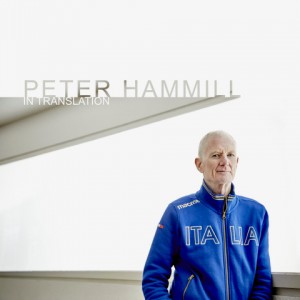 For the first time ever, Peter has recorded a collection of cover versions. The songs come from a variety of musical worlds: Classical, American Songbook, Italian Pop and Tango. In all but three cases Peter has also translated the songs, from Italian, French and German. As strange a project as this might seem, there’s an overall sense of cohesiveness to it and it’s absolutely of this time. Two songs have lyrics by Oscar Hammerstein; the music for one is by Jerome Kern, the other by Richard Rodgers. Leiber and Stoller provided lyrics for “I who have nothing’, originally an Italian tune.

Three Italian songs are at the core of the album, written (and originally performed) by Fabrizio de Andre, Luigi Tenco and Piero Ciampi. The two tango pieces were composed by Astor Piazzolla. Finally, there are two classical songs, respectively by Faure and Mahler. In Peter’s own words…. “This collection seems to fit together as a group, not least because most of these songs are to do with measures of dislocation, of loss, of some kind of imagined or anticipated future which didn’t arrive. I was unfamiliar with several of these songs before I began this project. One discovery led on to another in some kind of paper trail. The back stories to the songs are interesting and some of the writers and singers had a spectacularly dramatic time of things. I doff my hat to these sometimes complicated lives. My approach has always been to make cultural rather than strictly linguistic translations, so that the spirit of the song rather than its precise narrative is rendered. I hope I’ve addressed the material, the writers, the original performers, with due and proper respect. Inevitably though there’s spin here: mine all mine.” “Finally, these recordings were made, of course, in the time of Covid and lockdown. But also in the knowledge that Brexit – in all its horror – was fast approaching. So these performances of, for the most part, European songs were my last as a European singer, with all the rights and privileges that has brought me for so many years.”