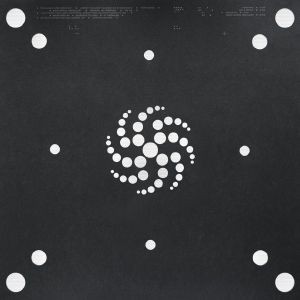 After practising his particularly percussive style of dance music on the likes of Diskant and Whities of late, Bambounou now launches his own Bambe imprint, positioned as a home for passionate minds, roaming freely in a world of eclectic backgrounds. The Parisian producer takes the controls for the inaugural release, starting the party with the percolating "Cascade". Putting rhythm at the forefront, this techy and tribal concoction sees filtered and fucked loops tumble over a solid 4/4, exotic idents buried deep in the dislocated mix. Hypnotic and super heavyweight with a wonderfully wonked out breakdown. "Up A While" flicks over to the sci fi channel, blasting out an emotional house moment in the crystalline surrounds of Superman's Fortress Of Solitude. There's hints of Blade Runner as the mournful synths creep through the soundspace, while Manuel Hildebrand's vocals lend a gloomy electro-pop sensibility in sync with the flory days of Intergalactic FM. Bambounou brings a little of that trademark steppers tech on the B1 with a psychedelic bit of drum surgery freed from the four to the floor - I reckon this will play perfectly next to Yak or that Hydromantics 12". Last but not least "Send When You Land" is bowel-troubling steamroller of a cut, built for the Berghain stacks. As with all releases mastered by Neel, it can kill a soundboy from two miles away, so play with extreme caution.

Patrick says: Regular readers will be well aware of my percussive penchant, and this new 12" from Bambounou is exactly the type of tripped out rhythm hypnotism I like to play when in techno mode. Special shout goes to the almost Italo sounding "Up A While", which fully deserves a place among the Intergalactic FM hall of fame.