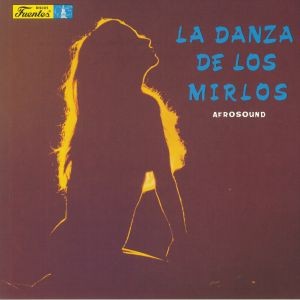 Afrosound's mission was to emulate the guitar-heavy tropical sounds emanating from Peru and Ecuador at the time. To add to the hippie vibe, there were plenty of whacky improvised vocal asides (called 'inspiraciones'), plus custom fuzz, wah-wah, flange and echo effects boxes for the guitar and keyboards. A barrage of odd sounding synths, drum machines and other electronic flourishes were also sprinkled in to spice up the proceedings.

The dozen tracks on Afrosound's debut long play make for a surprisingly diverse palette from which these Colombian musicians painted their daring portrait of Peruvian cumbia, returning the favor in bold colors that still resonate almost 50 years later. This lovingly restored reissue features the artwork for the Peruvian edition, which was licensed and issued by Lima's El Virrey label in 1974.