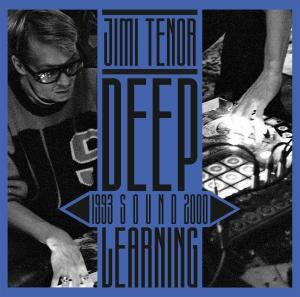 Bureau B are excited to announce the arrival of a new Jimi Tenor double album! Following on from last year's NY, Hel, Barca compilation which showcased Tenor's early works and cuts from his first six albums, Deep Sound Learning shines a spotlight on unreleased tracks from 1993 to the year 2000. This intensely prolific period saw Tenor send countless DAT tapes to Warp Records, his label at the time, who stacked up the recordings in the office safe. Some of the songs preserved on those DATs made their way onto various Tenor LPs - whilst others remained unreleased to this day. Jimi Tenor and Bureau B have retrieved said tapes and crafted a double album (CD/LP) of previously unheard tracks in what is much more than a simple archival exposition.

Barry says: As a hugely talented and constantly prolific musical force, there was always going to be a wealth of unreleased gems from Jimi Tenor. It turns out that Lehto's unreleased cuts are considerably more capable than the majority of other artists' released work. A quintessentially Bureau B offering, full of groove and soul, and perfectly suited to home listening or a sunny outside dancefloor.