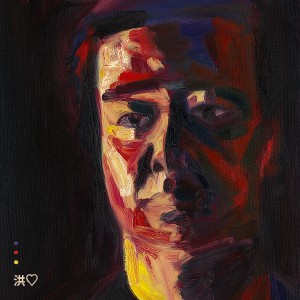 Andrew Hung is an artist known for his breakthrough debut Realisationship, film soundtracks (The Greasy Strangler, An Evening with Beverly Luff Linn) and his collaborations (Fuck Buttons, Beth Orton and Aimée Osbourne)

His work as Fuck Buttons brought about three critically-acclaimed albums, headline slots at festivals such as Glastonbury, Green Man and All Tomorrow’s Parties. Their music sound tracked key moments in the 2012 London Olympics opening ceremony.

Hung went on to work with cult director Jim Hosking and his films “The Greasy Strangler” (winning best comedy at the Empire awards, “An Evening with Beverly Luff Linn” and “Tropical Cop Tales” for Adult Swim.

Hung continued his collaborative streak through writing and producing with artist Beth Orton on her career redefining album Kidsticks (described by The Skinny as “…an exceptional return to form.”) and daughter of a rock god, Aimée Osbourne on her incredible debut album Vacare Adamaré (Released under the name ARO).

Hung now returns his attention to his own expression.

Hung’s second album Devastations is the ecstatic cry of colour found between light and dark. The album documents a transitional period in Hung’s life; a stepping out from the shadows. Hung explores the deepest recesses of his psyche and in doing so finds himself reconciling the light and dark within. Underlying the propulsive bests and prisms of noise is a melodic tenderness that weaves throughout the album; an offering hand emerging from a turbulent sky. The deepening of inner space becomes an exploration of the universal; a new beginning from the Devastations of old worlds.

The artist wrote, performed, produced and mixed the whole album himself. He also painted the self-portrait that adorns the cover of the album. The oil painting further illuminates the artist’s intentions in his work; it depicts the artist stepping out of a shadowy world, partially lit by the bright light of the sun.

Barry says: Former Fuck Button Andrew Hung returns for only his second full album under his own name, though has been busy with a number of superb soundtrack outings since then. 'Devastations' is a brilliantly innovative mix of gothic synth pop, avant electronica and slow motion loungy Krautrock grooves, all topped with Hung's distinctive vocal style. Bold and exciting, and filled with moments of pure joy.