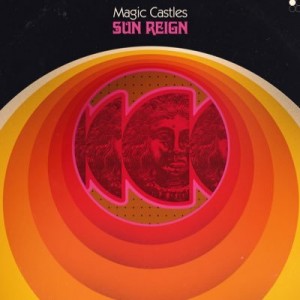 Sun Reign is the band’s fourth release on Anton Newcombe's label ‘A’ Recordings Ltd. Ironically similar to BJM, the Magic Castles have been plagued by lineup changes over the years. Due to this and other factors, in 2016, Edmonds, a single father, decided to take a short hiatus from regular live shows and touring to focus on his family. During that time, (2016-2019) Edmonds, an introverted multi-instrumentalist, continued to record new material in his studio, and also record with a new band at Neil Weir’s studio Blue Bell Knoll, in Minneapolis, Minnesota. The results of these sessions are the current release, “Sun Reign”