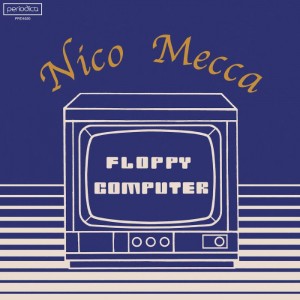 'Floppy Computer' is the newest set of future-gazing grooves from Periodica Records and label partner Raffaele "Whodamanny" Arcella rescuing and restoring forgotten tape compositions from a legendary Italian pop producer using the pseudonym Nico Mecca. Produced during the years 1979-1985 using cutting edge home recording techniques and the latest synthesizer. The productions across the works are incredibly forward-thinking for that time with inspirations and track titles refering to hypermodern tech and a proto-cyberpunk soundworld and progressive rock and experimental electronic music that features novel combinations of mediterranean boogie, robotic funk, sci-fi balearic, hypnagogic pop and astrotribal jazz. The discovery of the 'Floppy Computer' project is dictated by destiny and a strong cosmic interference as not only were these tracks produced by Mecca during his 30s, they were discovered 30 years later by Raffaele Whodamanny, who is also in his 30s-- facts that give the project a mystical and numerological significance, since this number and age represent a divine midpoint between youthful enthusiasm and the wisdom of experience. Amazing record with both historical as creative value! Recommended.