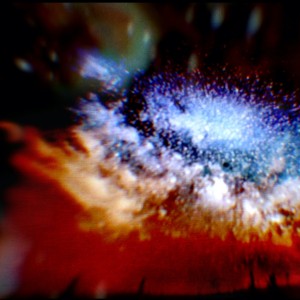 Zero 7 have released Shadows EP via Make/BMG. The four-track release is the British duo’s first collection in more than half a decade and sees them team with renowned new singer-songwriter/multi-instrumentalist Lou Stone.

From the melancholic electronica of Shadows, the ambient sheen of Outline to the lush arrangements of After The Fall & Take My Hand, Zero 7 fuse their long-standing gift for soulful songcraft and inventive production with the London-based Stone’s standout vocal delivery.

“The Shadows EP came together after a very fertile period of writing together with Lou Stone” explain Sam Hardaker & Henry Binns. “It’s the first body of work we’ve released since EP3 back in 2015 and hopefully is the start of many more creations".

Early tracks have received a groundswell of support from the likes of Lauren Laverne & Chris Hawkins at 6 Music, Robert Elms at BBC Radio London, as well as plaudits from Clash, The Independent, American Songwriter, Flood Magazine & KCRW.

The group recently shared a stunning live video for Outline which Clash described as ‘a spell-binding union of inventive production and that beatific vocal from Lou Stone’.

It’s almost twenty years since the release of the duo’s Mercury nominated debut Simple Things, which simultaneously catapulted Sia into the spotlight back in the early 00s. Shadows EP hears Zero 7 still at the very top of their game, and with an open ear for collaborating with rising talent along the way.