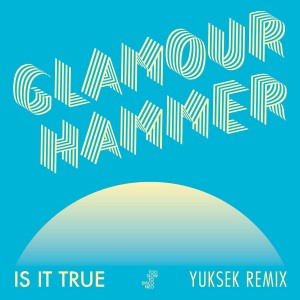 The original version seems to be everybody’s favorite track from the album already, reason enough for DJ Supermarkt to organize a Yuksek Remix that takes the original in irresistible, bouncy Modern-Disco territory.

Glamour Hammer is the nom de plum of Swedish-based producer, songwriter and vocalist Adam Jonsson. In the comfort of his home studio, Glamour Hammer swings back and forth between creating dance-oriented disco house and jazz-infused dream pop with a sense of escapism and tongue-in-cheek attitude while always aspiring for a sense of timelessness and analogue feel. Drawing inspiration from a multitude of genres the most influential are 1970s-80s funk, disco, boogie, classic rock, Latin rhythms and Afropop.

A1. Moods - Vulf’s Back Pocket Regroove
A2. Glamour Hammer – Is It True (Yuksek Remix)
B1. Diskobeistet – Baner Vei (Extended Dub)