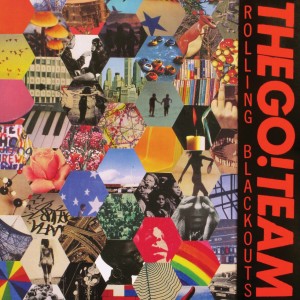 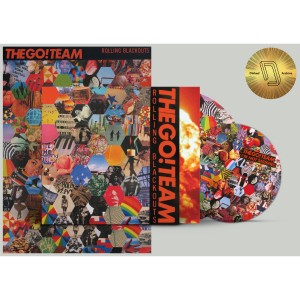 “Anyone who is tired of their fantastical amalgam of old-school hip-hop, funk and pop is tired of music.” - The Guardian.

“The pure pop dream still burns bright in the hearts of The Go! Team. For that, they're as vital as they've ever been.” - The Independent.

Our Review from 2011:
The Go! Team return with album number three, including guest appearances from Bethany Best Coast and Satomi from Deerhoof. If you bought the previous two Go! Team albums then you're in for another treat here, albeit one that doesn't differ much from its predecessors. Charging headlong into a blistering mash-up of b-boy hip hop breaks, catchy indie guitar hooks, easy-pop melodies and bratty rap (all with nuff treble to make your ears ring), "Rolling Blackouts" is like being mugged by hand-clapping ADD tweenies in an inner city playground. Boisterous, energetic, and with an infectious charm, it's hard not to love The Go! Team's sunny demeanour.